Artist of the Week: Maya Oakley 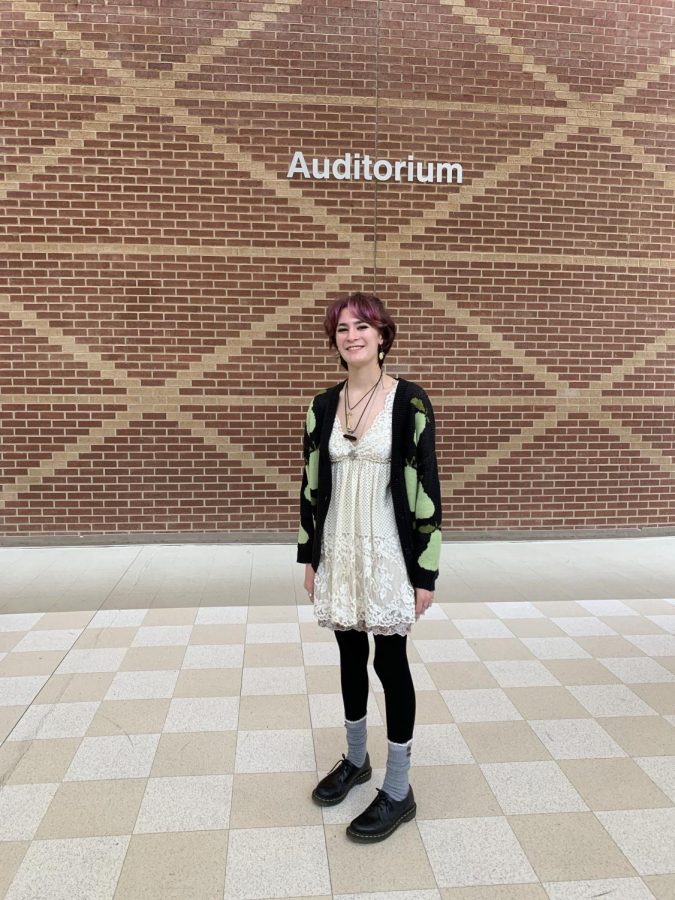 How long have you been in theater/what is your story behind joining?
“I’ve been in theater since freshman year. My friend Anna encouraged me to audition for TRAP and I’ve been been doing every show I could since then.”
Favorite production you’ve been in and why?
“My favorite production I’ve been in is Chicago because it’s one of my favorite musicals and I think we did a really good job putting it on.”
What is your before Show Prep?
“Before shows all of the actors sing fun songs and hype each other up. We have a bunch of really fun traditions that we do before shows and I always look forward to them.”
What is a production or part you wish to be in the future and why?
“I would really like to be a lead or at least a big part in one of the plays in the coming school year. I like acting in plays more than musicals because I feel like they showcase my talents more as I’m not trained in singing.”
Can you describe yourself in 3 words?
“I would describe myself as creative, determined, and kind.”