Broomfield Falls to Undefeated Erie on the Road 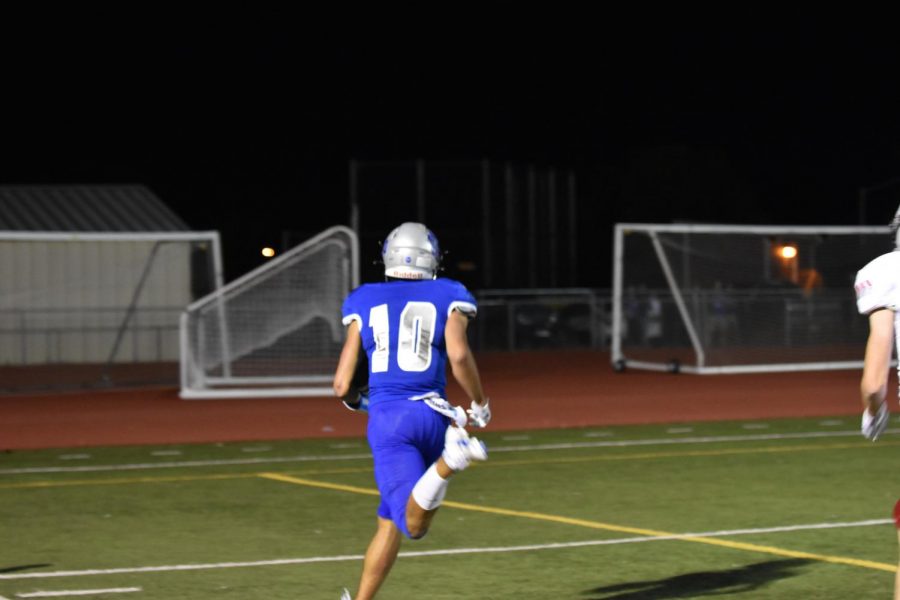 Broomfield went to Erie Friday night looking to get a big upset win, but Erie was too much for the Eagles.

Broomfield got the ball first and put a really nice drive together, but it ended in a turnover.

Erie looked to establish the run game early, and on one of their first few plays, their running back ran for a long touchdown, shrugging off tacklers and giving Erie the early lead.

After getting off to a rough start, Broomfield’s offense needed to score to keep them in the game, but Erie came up with another stop.

Erie’s offense picked up right where they left off. With great pass protection, their QB delivered a 50-yard bomb and the Tigers’ receiver made a great catch in the endzone.

After giving up some huge plays and going down 14-0, Broomfield was able to score on a long TD run by Kadin Quintana (Jr.) and make it a one-possession game.

Broomfield finally had some momentum and the defense needed to get a stop, but the Erie quarterback continued making big plays.

Blake Barnett of Erie extended the Tigers’ lead to 21-7 with a long touchdown run.

21-7 was the score at half, and it only got uglier for the Eagles in the second half.

Erie continued to hit big plays and put Broomfield away early in the second half. Broomfield scored twice late, but it ended in a 49-21 loss for the Eagles.

Eagle Analysis
Going on the road and beating a very good Erie team was going to be a tough task for Broomfield.

Erie has great size and speed, and they play with a lot of toughness.

The biggest reason this game was so lopsided was how much Erie dominated the line of scrimmage on both sides.

Winning inside the trenches and being the more physical team will impact the outcome of the game a ton, and Erie won that battle.

Broomfield’s offense was facing a ton of pressure throughout the game and couldn’t get much going early.

The defense struggled to get pressure against Erie’s big offensive line.

Ultimately, Erie’s physicality was too much to handle over the course of the game.