According to a variety of studies, playing video games may actually help many people gain intelligence. 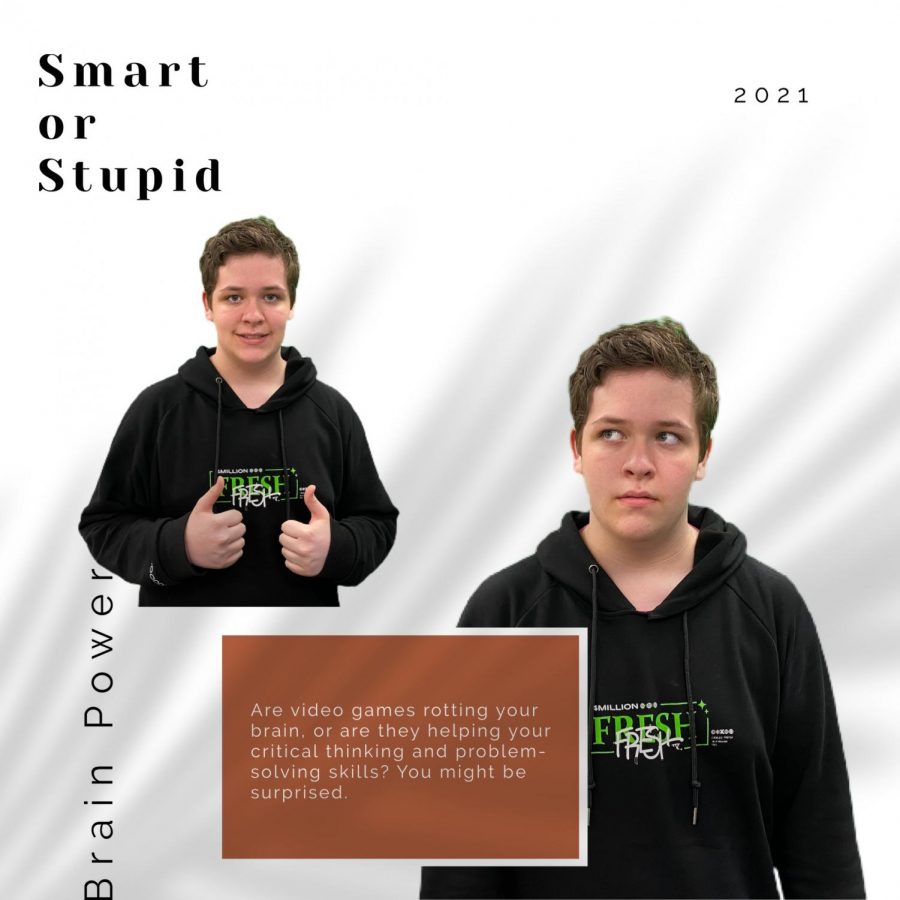 Do you play video games? If you do, have your parents ever said that games rot your brain? In some cases, video games can actually help to make you smarter. Video games may help increase memory and learning abilities as well as improve problem-solving and decision making capabilities in a competitive environment.

How do video games affect memory and learning?

By comparing the memory of gamers who play action games vs non-gamers, gamers can exceed the non-gamers in retaining memories. This can also demonstrate their higher precision with visual short-term memory tasks. According to professor Tom Vasich at the University of California, Irvine, a 2015 study found that playing 3-D video games can boost the formation of memories and improve hand-to-eye coordination.

Sophomore Jacob Vaughn has noticed these observations regarding gaming and memory in his own video game-playing experiences: “When you are playing a game, you have to find patterns and memorize them.”

Teena Willoughby and Paul Adachi from Brock University found in a 2013 study that playing strategy games correlated positively with problem solving abilities and school grades for the following year. A University of Glasgow trial found that gaming improved communication skills, resourcefulness, and flexibility.

Most of the video games that people play, especially 3-D games, require gamers to develop excellent spatial skills to navigate complex environments. An FMRI (detect abnormalities within the brain that cannot be found with other imaging techniques) study found that extensive gaming alters the network in the part of our brain that is used for processing complex visual tasks and makes it more efficient.

Vaughn also noticed that video games can help with problem solving: “The whole point of video games is for you to solve different kinds of problems in the form of challenges.”

One study conducted by Carey K. Morewedge, Haewon Yoon, Irene Scopelliti, Carl W. Symborski, James H. Korris, and Karim S. Kassam split participants from ages 18 to 25 into two groups. One group played Call of Duty 2 and Unreal Tournament (both of these games are first-person arena shooting games), the other group played 50 hours of Sims 2 (a strategic life-simulation game). The group that played Call of Duty 2 and Unreal Tournament made decisions 25% faster in a task that was unrelated to playing video games without sacrificing accuracy.

Vaughn stated that decision making is a key point in playing video games that helps make people smarter: “Most games that people play are multiplayer games so they would have to work together with other people.”

Potential Issues with the Data

The problem with video game studies is that the accuracy of each study will differ. One paper from Walter R. Boot, Daniel P. Blakely, and Daniel J. Simons found that a group of participants who are participating in the study and they would know what group (controlled group or experimental group) they are in which would lead to bias (the cognitive bias of recognizing the impact of biases on the judgment of others).

While the controlled group trains on action games, the experimental group trains on a strategy game. After the training is all done, the researchers would give out the scores to both groups. It aims to measure both speed and accuracy to their decision making skills, but since the groups know the goal of the study the experimental group would think that they did well on the test. They think they are going to do well on the test that creates a self-influencing prophecy and they try their best but the controlled group does not give it their all and does not perform well in the study.

By doing this kind of study it may not give the most accurate results, but most of these video game studies do these kinds of studies so there are not good results at the end of the study.

Intelligence is hard to understand and, therefore, it’s hard to measure if playing video games actually helps people get smarter. However, we may not be able to measure if it helps you get smarter because people with better memory, discussion making, problem solving, and learning abilities are above average. However, because of all of those reasons, it is safe to say that gamers push their brains to develop a higher intelligence compared to some non-gamers.