A review of the documentary and the scary connection between social media and mental health. It's worse than you think. 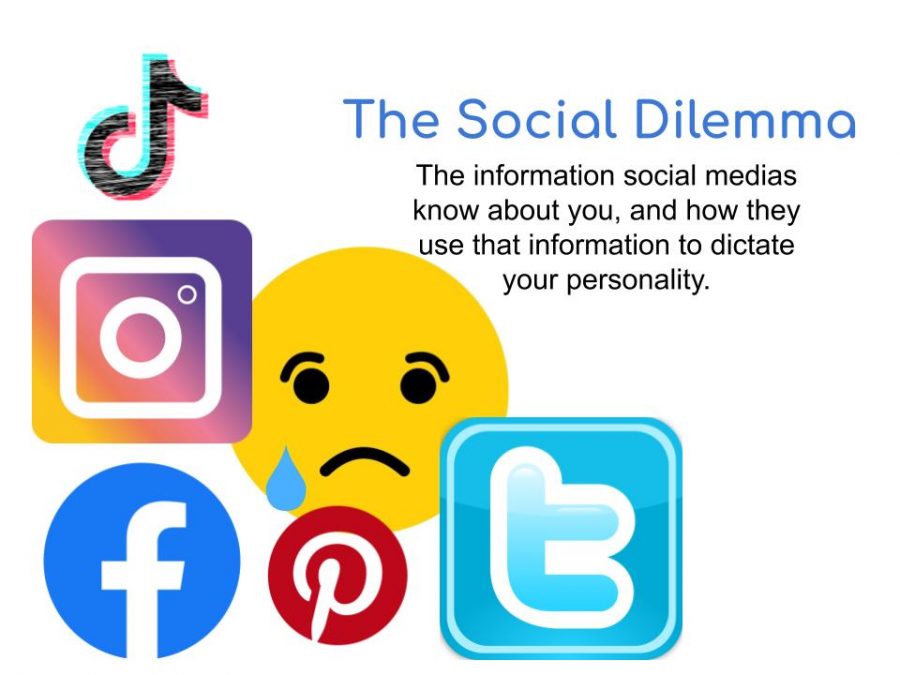 Social media. How many times do you use it in a day or every hour or in a week? The documentary, The Social Dilemma, gives a visual of why your phone is so addicting and how it can affect your mental and physical health.

Tristan Harris, a former Google design ethicist, said in the film: “A lot of people think you know, oh well, Google is just a search box, and Facebook’s just a place to see what my friends are doing, but what they don’t realize is they’re competing for your attention.”

People don’t realize that companies are watching your every move when you are on those social media platforms. Every time you click or share a video or photo, companies take that data and build a model that will predict your actions, like what photo you’re going to “like” next such as a dog that’s cute or a product that sounds interesting enough to make you buy it. It’s almost like they’re making a model of us, so it can get bigger and bigger and it’s almost like a competition: whoever gets your attention the fastest and for the longest, wins.

If you ask yourself, “Why am I so attracted to my phone?” You probably won’t have a reasonable answer for yourself because that’s what social media is doing to you. It doesn’t want you to know how long you’ve been on it. That’s why you see young people getting more anxious, more depressed, suicide rates are going up. Much of that is caused by social media.

In 2007, Justin Rosenstein created the Facebook “Like” button because he and others thought, “How can we spread positivity in the world?” Rosenstein wanted to have this button to recommend people that they would like to see and most of them were positivity.

But years went by and something happened: people started to get angry with people, people are sharing what’s true or not true, even violence was happening, like protesters getting run over. People wouldn’t even talk to people who were voting for the opposite side. Many people now use social media to hate people, blaming fake news, and saying things like, “If you don’t believe me, then you shouldn’t be around me.”

Even teens are getting depressed when they don’t have enough likes on their photo, and it’s telling you that social media can change you by just one single click.

“When people buy their cell phones, the cell phone shop owner will actually preload Facebook on there for them and open an account for them,” said Cynthice M. Wong, Human Rights Watch Former Senior Internet Researcher.

People think that social media is a tool. But it isn’t, a tool just sits there waiting to be used.

Social media is used so you can pick up your phone to look at pictures that are false information to get you to “like” stuff just to like it because you are selling your attention.

What’s the point of liking pictures just to “like” it? That leads to mental and physical health issues.

Mental health is important to all of us but when you are getting tricked by Facebook, the more you become anxious, the more depressed, less risks you might take, your brain has so much information at once when you refresh or look at the same videos over and over. You see nice things on people’s feed and you start following them, so you can buy what they have or get plastic surgery to look a certain way to get more people to talk about you. Once you’re in their game, there’s no way out, but you always have a choice of leaving or staying and that goes for social media.

In the film, The Social Dilemma, a boy name Ben shows his mom that he can go without his phone for a week, but he doesn’t realize and this that Instagram, Facebook and the other social medias still have information about you when you turn off your phone.They will keep sending notifications on your phone because they are doing this on purpose. So, you get on your phone fast and see what’s up on social media.

After watching The Social Dilemma, I would highly recommend watching it, to get more information behind the dark side of social media and why we are so addicted to our phones. You can find the film on Netflix; you can watch it with your family and friends.

Most of the teenagers use their phones for everything. Some say it’s their life or a connection with each other, but mental health is one of the most important things to all of us but it’s the most important to teenagers. I asked two students about how social media affects them.