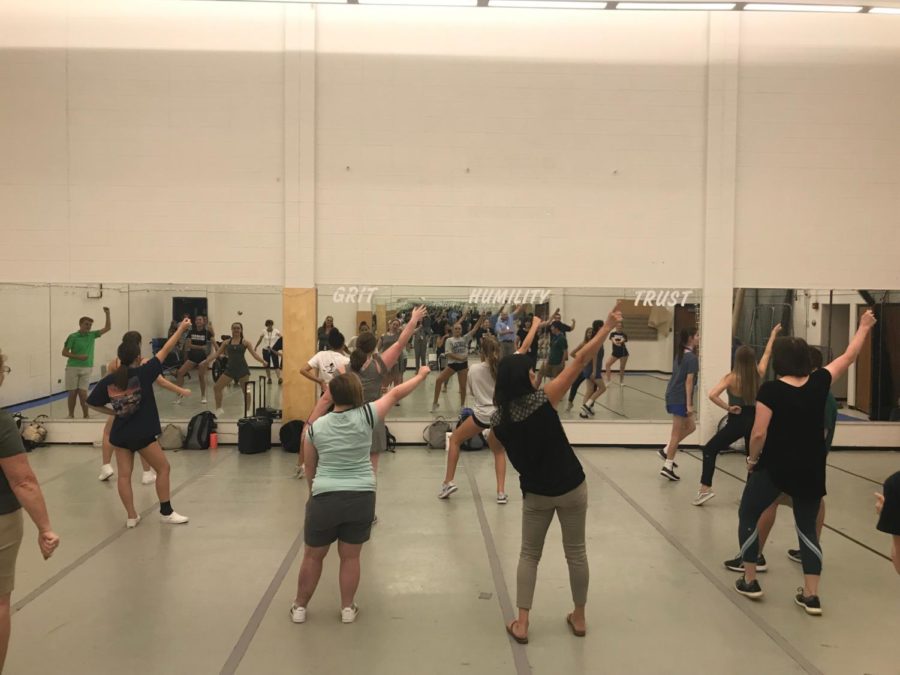 The Broomfield poms squad has begun its first-ever unified poms team, a program aimed at giving special needs students the opportunity to practice and learn dances and cheers with the varsity and junior varsity poms teams.

The students involved will be performing on the sidelines and putting on a halftime show at the Broomfield-Monarch football game on Friday, September 27.

The leading coach of the team is varsity member, Bitsy Mielke. Mielke described being nervous but also excited about being the leader of this new club. “Seeing their faces smile when they dance makes me so happy,” said Mielke.

The first four weeks of unified poms includes training for the future sports games that the members will be attending to cheer and perform for students and parents.